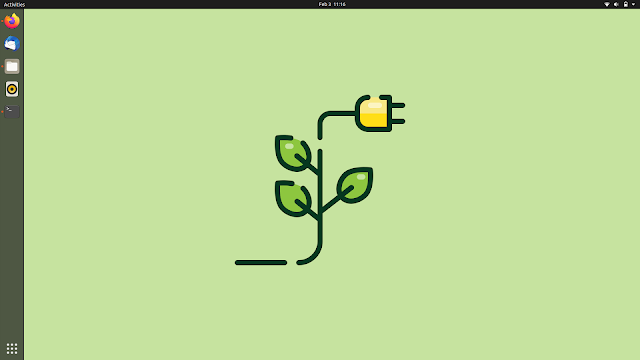 Bwall (Battery Wallpaper) is a Bash script to use a set of images that show your current battery level as your desktop wallpaper.

The wallpaper is animated while the battery is charging. When not charging, Bwall shows the battery level, changing according to the current battery percentage.

There are 21 different types of battery wallpapers included with Bwall, and since this is just a Bash script you can easily add your own custom wallpapers. You can see a preview of all the available animated battery wallpapers by visiting this link (click on Click To View to expand the preview section).

Besides allowing the user to choose the wallpaper to animate, Bwall also has an option to set the charging animation delay (-d num), which defaults to 0.8 seconds.

As for dependencies, the script only needs acpi for getting the battery and charging data, and feh to set the wallpaper as your desktop background. Xfce users also need xrandr, and for Swaywm you’ll need oguri for this to work.

This is how the “leaves” wallpaper is animated while the battery is charging (GIF by the Battery Wallpaper creator):

More animated wallpapers you can use on a Linux desktop:

Make sure you start by installing the required dependencies as explained on the Bwall repository page, before trying to use the script. If you scroll down near the end of the article, you’ll also find instructions for adding Bwall to your startup applications, in case your desktop doesn’t have a tool that allows adding scripts to startup.