chromecast_mpris is a daemon that allows you to control Chromecast devices from your Linux desktop using MPRIS widgets. The tool can also be used to open media and play YouTube videos on your Chromecast from the command line.

MPRIS (Media Player Remote Interfacing Specification) support is available by default in the Plasma Desktop and Linux Mint, GNOME has a simple MPRIS widget in its Date / Time menu (and there are third-party extensions for this as well, like this MPRIS Indicator Button), playerctrl (a command line utility and library for controlling media players that implement the MPRIS D-Bus Interface Specification), etc.

It’s worth noting that this program only works with devices that implement the Cast v2 API (it uses PyChromecast under the hood to control Chromecast devices), like Chromecasts, and some Cast-enabled devices like Google Home.

Even though it can play media on the Chromecast using the playerctl command, chromecast_mpris’ purpose is to serve as a remote control, in the same way the MPRIS interface works for every other player that uses it, e.g. Rhythmbox, VLC, etc.

Since this exposes MPRIS controls for your Chromecast, it means you can use your keyboard’s media keys to control the Chromecast.

The program does not have playlist support yet. 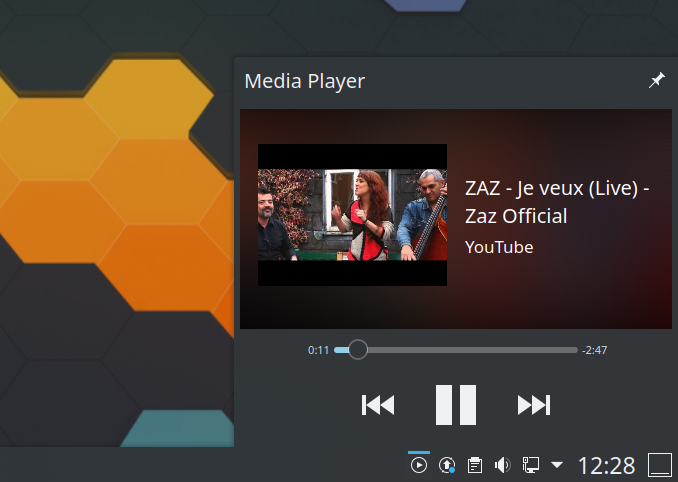 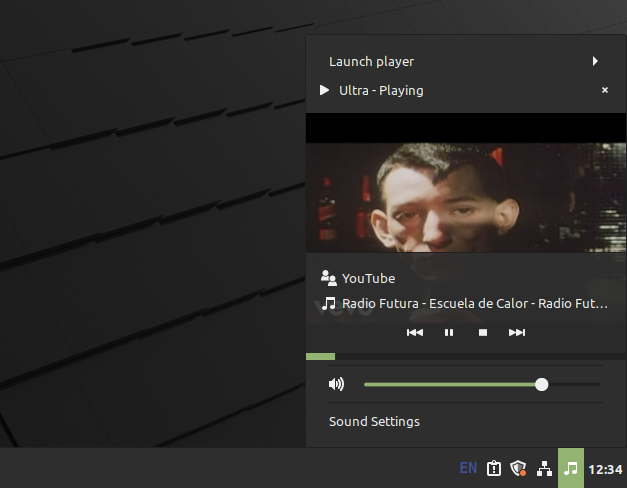 You might also like: How To Cast Your GNOME Shell Desktop To A Chromecast (With Audio, Wayland / X11 Support) Using Cast to TV

Once you know the Chromecast name, play a media file using:

Replacing MyDevice with the device name, and URL with the link to the media file.

Example from the chromecast_mpris project page:

Replacing MyDevice with the Chromecast name, and YoutubeURL with the link to the YouTube video.

The tool is available on AUR for Arch Linux / Manjaro users, and on PyPI from where it can easily be installed on any Linux distribution using PIP.

Once installed, run it, and you will be able to control your Chromecast from a MPRIS widget:

I only have one Chromecast device, so I’m not sure how chromecast_mpris behaves when there are multiple devices available. [[Edit]] The tool does have an option to specify which Chromecast device to use:

Where MyDevice is the name of the Chromecast device.

If you want to add this to your startup applications, and you’ve installed this using PIP, make sure you enter the full path to the executable (/home/YOURUSERNAME/.local/bin/chromecast_mpris).