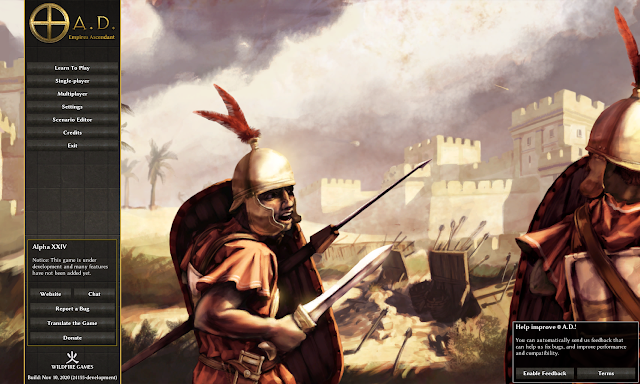 0 A.D. Alpha 24 “Xšayāršā” has been released over the weekend, after almost 3 years since the previous release.

This is a free and open source historical real time strategy (RTS) game that runs on Microsoft Windows, macOS, Linux, FreeBSD, and OpenBSD. It features the real-time strategy gameplay components of building a base, economic development, training an army, combat, and technology research. The game  has both single and multiplayer functionality.

0 A.D. was originally started as a total conversion mod concept for Age of Empires II: The Age of Kings. The developers then decided that making a mod was too limiting, so an in-house engine was created. For more about the game, check out this page.

It’s worth noting that 0 A.D. is still considered alpha software mainly because it’s not yet feature complete (for example, new civilizations are added with most releases), but the game is playable. However, several bugs still exist according to the game downloads page, like some lag when moving many units, large maps can cause issues, and formations are disabled.

There is no official release date set for the stable version.

The developers also note that while 0 A.D. alpha 24 was the version that took the longest to release, they are hoping to “get back to a more regular schedule”.

Head to the play0ad.com website to read the complete 0 A.D. alpha 24 release announcement.

On Linux, 0 A.D. is available on many Linux distributions, including Arch Linux / Manjaro, Debian / Ubuntu (including stable and development PPAs), Fedora, Gentoo, openSUSE, etc. The game is also available using genric packages: AppImage, Flatpak and Snap. However, at the time I’m writing this article, 0 A.D. has not yet been updated to the latest alpha 24 version in most cases.