Quite a few applications were updated recently, and this article covers the changes in these new releases. 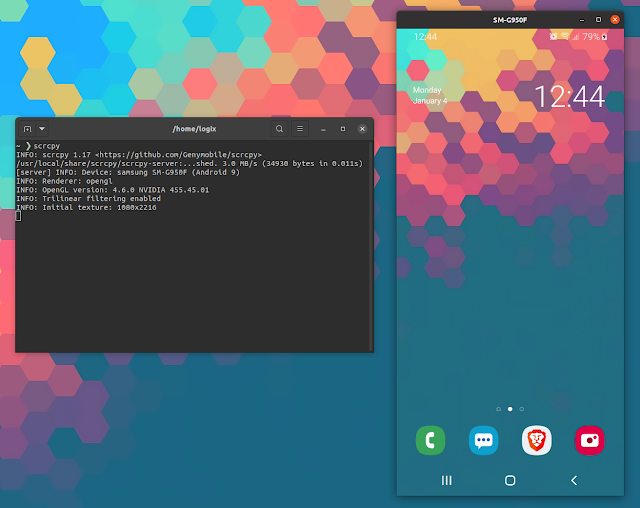 Scrcpy is a free and open source application to display, record and control Android devices connected via USB or wirelessly to a macOS, Windows or Linux desktop. It focuses on performance and quality, offering low latency, high resolution and good FPS (30~60 FPS).

The application requires Android 5.0, and having ADB debugging enabled on your Android device. Root is not required!

More on Scrcpy and how to install it from source on Ubuntu / Debian / Linux Mint / Pop!_OS and Fedora. BpyTOP is a free and open source console resource monitor that shows usage and stats for the processor, memory, disks, network and processes. This is a Python port of Bashtop, a similar tool written completely in Bash. It runs on Linux, macOS and FreeBSD.

Three new BpyTOP versions have been released in the last 5 days, with the most notable changes being: BleachBit is a free and open source system cleaner (and more) for Linux and Windows, used to free up disk space, with some privacy features on top. Safe Eyes is a free and open source Linux tool that reminds you to take short breaks in order to prevent eye strain.

More on Safe Eyes: Prevent Eye Strain While Working On Your Linux Desktop With Safe Eyes

Safe Eyes 2.1.0 was released recently, quickly followed by 2.1.1 to fix a bug, these being the first releases since March 2019. SimpleScreenRecoder is an application to record the Linux desktop (X11 only) and OpenGL applications directly.

It uses libav/ffmpeg for encoding and it can record (with optional sound) OpenGL applications directly, the entire screen, a rectangle you draw on the screen or a window, with properly synchronized audio and video, which is a common issue for other such tools. The video can be paused and resumed at any time, either with a click or with a keyboard shortcut. It also supports live-streaming, though this feature is experimental. Gammy is an adaptive screen brightness tool that periodically takes screenshots of the screen, and adjusts the pixel brightness based on the screen contents – it dims the screen if it’s too bright, or brightens the screen if the content is too dark. The application is available for Windows and Linux (X11 only).

More on this: Gammy: Adaptive Screen Brightness Tool For Linux